add gift card to your cart

New snacks on sale now for a limited time! Use code NEW for 15% off. Back-to-Back Merriam's with a Bow

With each year starts a new spring turkey season and the weather is always what determines how hunts may go this time of year. The bipolar attitude of Mother Nature can leave us scratching our heads at times but ultimately looking for breaks in the weather can make any hunt successful!

The 2022 South Dakota spring turkey season was no exception. The wind this year seems to howl with an added vengeance each day, making it hard to find the turkeys in their usual spots. It took a bit longer this year to locate the birds in their usual haunts but once a plan was in place it didn’t take long to get a couple birds on the ground!

Not only was I excited for the hunts that were ahead but I was also excited for the chance to try out a new piece of equipment. I recently came by a Redline RL-1 Carbon 6 Arrow Quiver just before my hunts were to start. I fixed the quiver to my bow and shot many arrows with it on to make sure all checked out as they should.  The simplistic design and lightweight construction was just what I was looking for. The rear attach/detach bracket and ease of adjustability had me excited to really test it out!

I located a group of birds several days prior to my first hunt and I was able to keep tabs on them for the next several days leading up to the hunt. They frequented the same roost and luckily no other hunters had bothered them up to this point. My family and I snuck into a strut zone in the dark about 300 yards away from their roosting area and set the blind and decoys up. With four of us in the blind, it can be a tight squeeze but we all love this time of year! Unfortunately, the long beards were not fired up yet and the hens only worked into the decoys while the gobblers stayed just out of range. It was too early and the hens were not breeding or nesting yet making it harder to get a gobbler into range. A week passed and I kept tabs on the birds and tried my luck again mid-day after church.  I slipped into a low area and positioned my blind and decoys just out of sight on the turkeys that were cruising an area. With a few yelps I had their attention and the first strutter came into view. A little talking back and forth and a long beard committed to my sweet talk and came in on a run! A 5-yard shot had him down in short order! A week had passed and we scouted a new area and located numerous birds. Mother Nature again had winds howling keeping us from working this new group of birds. The next morning however the winds would be minimal but the temps would be nearly in the single digits. Nothing that would keep me in bed that early morning! My wife and I inched across an open ridge and she spotted the big strutter 400 yards away in a deep valley. We circled around a ridge and got down on their playing field. The temps were very cold but the lack of wind made it feel much warmer thankfully! We set up just on the other side of a rise away from the thunderous gobbles that filled the valley. The gobblers were on fire and thundered off as we set up the blind and decoys. Once settled into the blind I began to call to them and they answered back beautifully with nearly every call! It didn’t take me long to upset the lead hen and start bringing them our way!

The hens first strolled into view at 80 yards followed by 6 strutters and several jakes. The biggest bird we nicknamed “Sesame Street” because he was just that, a BIG bird! The hens began to feed past us with the strutters in tow at 60 yards. I needed to do something to bring them in. A few purrs on the slate and yelps from my diaphragm call changed a big gobbler's mind and he came into our decoys at a full strut run! I was ready to take this bird and came to full draw just as my wife told me the biggest bird was on his way too! Seconds later ol’ Sesame Street came running in at full strut and attacked my strutting tom decoy. A 10-yard shot sealed the deal on one of my largest double-bearded gobblers to date! With each hunt, the RL-1 quiver performed as I expected! Keeping my arrows where they needed to be at all times. I remove my quiver when in the blind so the easy attach/detach bracket worked great as well! Up until now I only had this one piece of Redline gear to try out and I look forward to giving the bow sights and bow stabilizers a try! I am sure looking forward to it! Comments will be approved before showing up.

Let customers speak for us

The windage on the first sight I received would not adjust. One email later and a new sight arrived in three days.
Great sight, but the amber... not so much. I'll still buy the Redline when the need arises.

Part of the sight is loose and I cannot seem to get it to fully tighten. Other than that super accurate and has helped my groupings a lot more now that my sight picture isn’t cluttered. I even got my first deer since having it the other day. I do recommend especially for the price it comes at. 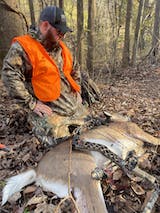 I love it. The only complaint I have is one of the screws came loose I tightened it up put some loctite on it, it hasn't come loose since. Also redline has the best customer service ever period.

Loved the sight, it helped me harvest my first Archery mule deer buck! The only gripes I have with the sight is the pins don't seem bright at all. I have been messing with other sights and this Def. Lacks on that brightness especially in states where the lights are permitted. Overall heavy duty adjustable sight. 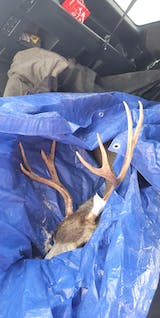 I have tried multiple sights - and this is the first sight that I was truly happy with. The lights are good! It is built well and not some cheap plastic. It is a solid sight and couldn't be more happier! This is definitely a sight I wont give up on. Can't wait until 3D season starts!